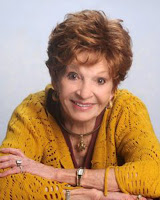 Othello Bach grew up in an orphanage and didn’t learn to read until the 8th grade. She graduated from high school, having read only two books—yet wrote a best-selling novel, House of Secrets, at age 24 and sold it to Avon Books. She sold two more novels to Zebra Books, then turned her attention to the challenging world of children’s books.

She composed her first song in grade school, so it was only natural that many of her children’s stories would also include her original music and lyrics.

Despite her humble beginnings, she has around 30 published books and 37 songs recorded by stage and screen stars Joel Grey, Tammy Grimes and Sandy Duncan. 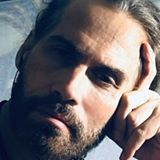 Never releasing his inner child, Shann Hurst tries to capture the whimsical nature of things that have always sparked the imagination of his youth.

Born and raised in the Hoosier heartland, Shann primarily makes his home on the coasts. He feels blessed to be alive at a time when technology has now given the artists the freedom to express themselves without having to sacrifice creativity and ambition.