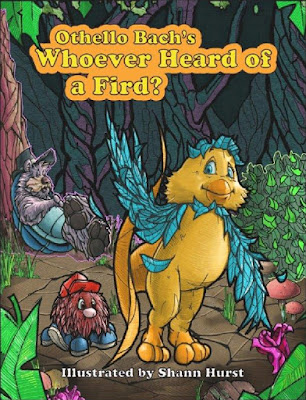 Whoever Heard of a Fird?

Fird, part fish part bird, is looking for a herd of fird. So he sets out to find a herd of fird. Along the way, he meets many two-feature creatures—whimsical animals like shamels—part sheep, part camels, and bertles—part bear, part turtles. But no one has heard of a herd of fird.

While Fird has no luck finding a herd of fird, he discovers something far more important. He learns that he can be whatever he wants to be, without looking anywhere outside himself.

"I am so excited this book has been republished! It was pivotal in my childhood. I carried it around until the binding literally fell apart."